Groundhog hibernation gave rise to the popular American custom of Groundhog Day, held on the second of February every year. Tradition dictates that if a groundhog sees its shadow that day, there will be six more weeks of winter, though such a prediction seems a sure bet over much of the groundhog's North American range. 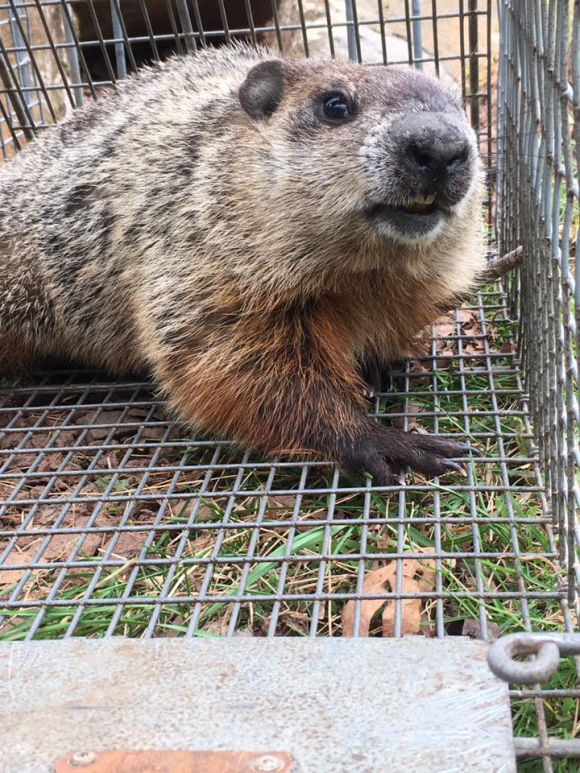 The groundhog, or woodchuck, is one of 14 species of marmots. These rodents live a feast-or-famine lifestyle and gorge themselves all summer to build up plentiful reserves of fat. After the first frost, they retreat to their underground burrows and snooze until spring, drawing their sustenance from body fat. While hibernating, the animal's heart rate plunges, and its body temperature is not much warmer than the temperature inside its burrow. The groundhog is the largest sciurid in its geographical range, typically measuring 40 to 65 cm (16 to 26 in) long (including a 15 cm (6 in) tail) and weighing 2 to 4 kg (4 to 9 lb). In areas with fewer natural predators and large amounts of alfalfa, groundhogs can grow to 80 cm (30 in) and 14 kg (31 lb).

Groundhogs are the largest members of the squirrel family. Though they are usually seen on the ground, they can climb trees and are also capable swimmers. These rodents frequent the areas where woodlands meet open spaces, like fields, roads, or streams. Here they eat grasses and plants as well as fruits and tree bark. Groundhogs are the bane of many a gardener. They can decimate a plot while voraciously feeding during the summer and fall seasons. Many that have not seen a beaver will often mistake a groundhog for a beaver living under their shed or deck. Groundhogs usually live from two to three years, but can live up to six years in the wild.