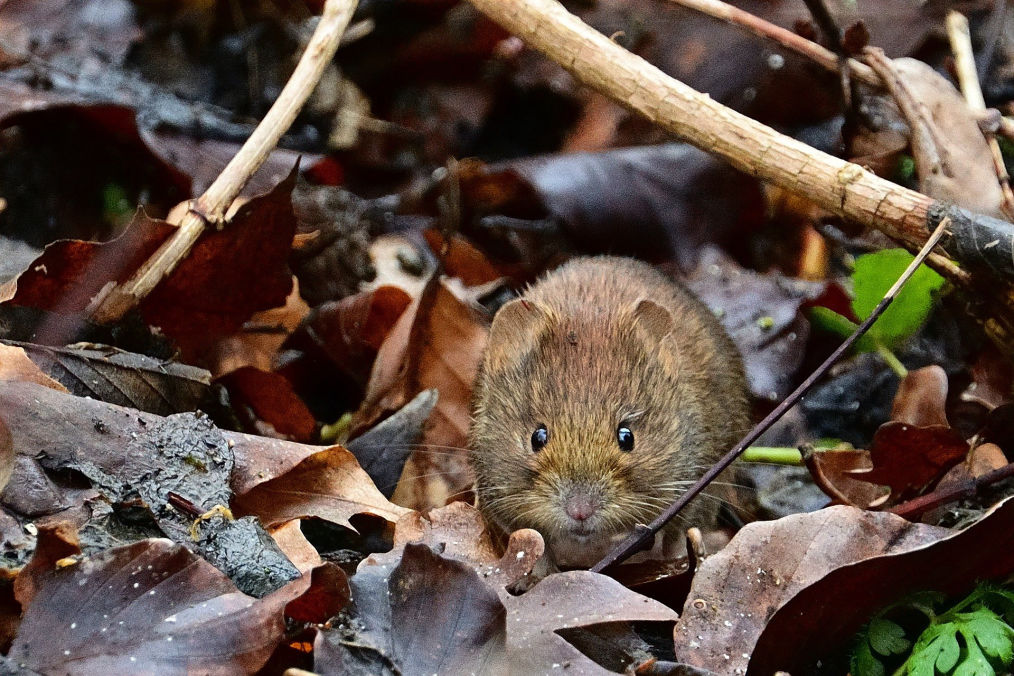 Voles can be found in every state of the mainland U.S. and Canada. There are over 23 species (Genus - Microtus in North America. Voles are frequently mistaken for shrews, field mice & deer mice. While similar, distinguishing features include longer, coarser hair, and a larger head size.

Voles inflicted varying degrees of damage on 40-50% of grass seed acreage (a $300mm a year crop) in the Willamette Valley, leading to stand loss as high as 60% during 2003. Meadow Voles (Microtus pensylvanicus) can cause unsightly runway damage to lawns & golf courses.

Voles live in nearly every type of habitat, from rocky slopes in forested mountains and low boggy meadows to urban streets and inside peoples’ houses. Some move about on the surface of the ground, while others keep to thick vegetation, rock crevices or tunnels. Most feed at night and remain active year-round.

Myth 1: I have moles in my yards so that means I have grubs, right?
False. Moles eat lots of stuff and grubs are not the only entrée on their menu. It is not appropriate, or for that matter legal, to apply a grub control insecticide to eliminate moles. First of all it won’t work, second of all the pesticide label is the law and insecticides are not labeled for mole control.

Myth 2: Juicy Fruit, Bubblicious, or Extra Spearmint gum control moles.
I usually tell people if it works for you that’s great, however I have no evidence to support this recommendation. I suppose if nothing else you’d have moles with good breath.

Myth 3: Mole repellants, underground sonic waves, pinwheels in the yard will get rid of my moles.
False. Pinwheels are decorative though.

The only time tested effective method for controlling moles is trapping.